Tuesday, May 26th was the first official day of my summer REU program and I was exhilarated! First, my mentor, Dr. Katie Siek, and I downloaded the necessary software to work with the lilypad development board: Arduino, FTDI driver, Ardublocks, and Fritzing. Arduino and Ardublocks are programs used to create code for the lilypad to function how we want it to and Fritzing is used to model what we have done with the lilypad to keep track of our progress.

After downloading the software, I received a lilypad development board which consists of 1 Lilypad Button, 1 Slide switch, 5 White LEDs, 1 RGB Tri-Color LED, 1 light sensor, 1 temp sensor,, 1 buzzer, and 1 vibe board. At first glance, the lilyboard looked a bit complicated because there are a lot of small pieces and wires.

So this week my goal was to familiarize myself with the lilypad and Arduino. I first started by reading up about the lilypad and looked at projects other people had completed using the lilypad. Then I sat down and tried to program some simple functions for the lilypad, which proved to be more difficult than anticipated. I tried to imitate some of the basic functions that I had learned working with Katie such as making a single LED light blink or using the light sensor to turn on a light when its dark. Unfortunately I could not get the lilypad to execute any of these functions, which was really frustrating because I thought I was doing everything exactly the way Katie had shown me a few days before.

I had another meeting with Katie on Friday morning to check up on how I was doing with the lilypad. I explained the problems I was running into and it turns out that the problem was that I didn’t have the Arduino program set to the correct board or port. After getting past that issue, we worked through a few more tutorials that were extremely helpful. After the meeting, I worked independently with the lilypad and Arduino and the codes I created were successful! Using the vibe board and light sensor, I was able to create a code that caused the board to vibrate when it gets too dark. I also experimented with the temperature sensor and RGB tri-color LED, trying to make it so that once the sensor passes a certain temperature, a red light would shine or if it was below that temperature a blue light would shine. I couldn’t get this code to work the way I wanted it to so I still have to work a bit more with the temperature sensor. The code I enjoyed making the most was with the buzzer, I was able to make the buzzer play the full song, “Twinkle, Twinkle Little Star.” The only trouble I ran into with this code was finding the right value of milliseconds to correspond with the length of the notes in the song, whether it be a eighth note, quarter note, half note, etc… 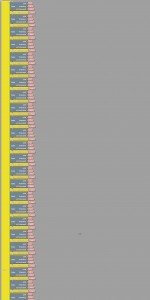 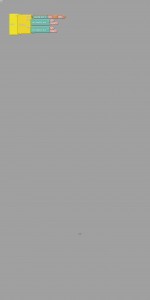 I still have a lot of work to do until I am totally comfortable using the lilypad. My next goal is to create a code to make the LED lights to blink along with the notes in the song, like a light show. I’ll let you know how I do in next weeks blog! – John